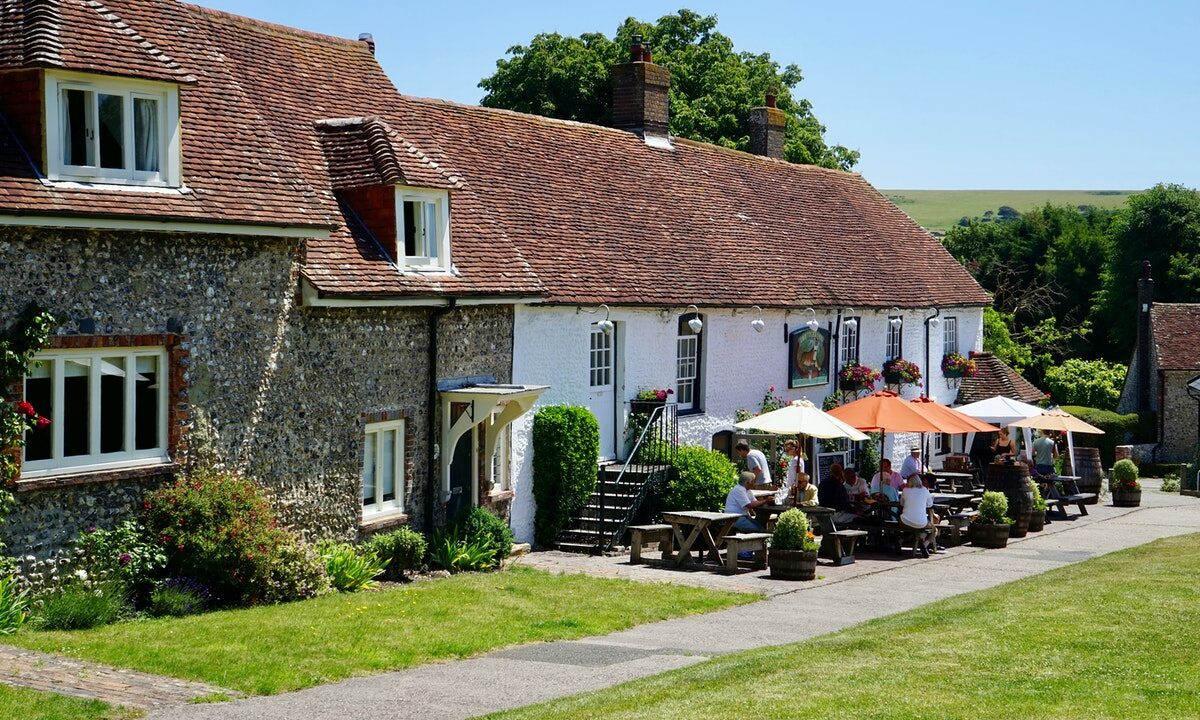 The sprawling suburban lawn — a symbol of the good life in postwar California — moved a step closer Wednesday to being consigned to the history books.

The California Water Commission, responding to a fourth year of drought, approved sharp new limits on the amount of water that can be used on landscapes surrounding newly constructed buildings, such as houses, businesses and schools.

The revised ordinance will limit grass to about 25% of a home’s combined front, back and side yards in all new construction.

Owners of existing homes do not completely escape the restrictions: Those who launch significant renovations of outdoor areas with more than 2, 500 square feet of landscaping also face cutbacks.

Additionally, grass will be all but banned in landscapes of new commercial, industrial and institutional buildings.

“This is another giant leap forward in responsible water use, ” said Esther Margulies, an instructor in the landscape architecture program at USC. “This means people will have to get to know their California-friendly plants. They’re going to have to think more specifically about the open space around their houses.… There’s no debate: The lawn will continue to shrink.”

The ordinance is expected to reduce the water use of a new home by about 20% or about 12, 000 gallons a year. Water use on new commercial landscapes will be cut by about 35%, Department of Water Resources officials said. The new rules take effect Dec. 1.

When Gov. Jerry Brown stood in a snow-less meadow April 1 and ordered a historic 25% cut in urban water use, he also declared war on California’s beloved lawns.

“The idea of your nice little green grass getting lots of water every day — that’s going to be a thing of the past, ” Brown said.

What followed was a frenzy of turf removal — largely because of a variety of government rebates — as well as a statewide information campaign that urged residents to let their lawns fade to “gold.”

The campaign was far more effective than anyone predicted. Earlier this month, the state’s largest lawn removal rebate program was closed after residents and businesses claimed all of the $340 million earmarked for turf replacement.

But the battle isn’t over. Brown says the war on lawns will have to continue into the future. With the state projected to grow from 39 million people today to 50 million in the coming decades, residents must make permanent changes, Brown said.

“If California is going to have 50 million people, they’re not going to live the same way the native people lived, much less the way people do today, ” Brown said last month. “You have to find a more elegant way of relating to material things. You have to use them with greater sensitivity and sophistication.”

Over the next three years, California is expected to add 472, 000 single- and multi-family housing units with a combined 20, 000 acres of new landscaping.

Those who perform major renovations on existing landscapes larger than 2, 500 square feet will have to comply with the new regulations if the project requires a permit, plan check or design review.

Exemptions are included in the ordinance for recreational areas and landscapes irrigated with recycled water.

Families can still install a small amount of lawn at their homes where children or pets can play.

And nonresidential landscapes will be allowed to have a small slice of turf if the rest of the area is covered in plants that use very little water.

After publishing a draft of the ordinance in June, officials received about 170 comments from industry groups, landscape architects and other members of the public. They issued a second draft of the document last week.

Larry Rohlfes, an official at the California Landscape Contractors Assn., had questioned parts of the original revisions in a letter. He was among the chorus of commenters Wednesday who praised changes that were made to address stakeholders’ concerns. Rohlfes said he would recommend that his group support the ordinance.

But Tracy Quinn, a policy analyst for the Natural Resources Defense Council, said the regulations were “simply not ready.” At the meeting, she listed 10 problems with a recently added appendix and urged the commission to defer its vote until further revisions were made.

With Quinn’s comments in mind, the commission gave staff time to make small tweaks to the ordinance. The board passed it hours later.

State law requires all land-use agencies to adopt a water-efficient landscape ordinance that is at least as stringent as the one approved Wednesday. The model ordinance takes effect by default in those cities and counties that fail to adopt their own.

Local agencies will be required to report on implementation and enforcement of the ordinance by Dec. 31 and must issue subsequent reports annually after that.

The California Water Commission consists of nine members appointed by the governor and confirmed by the state Senate.