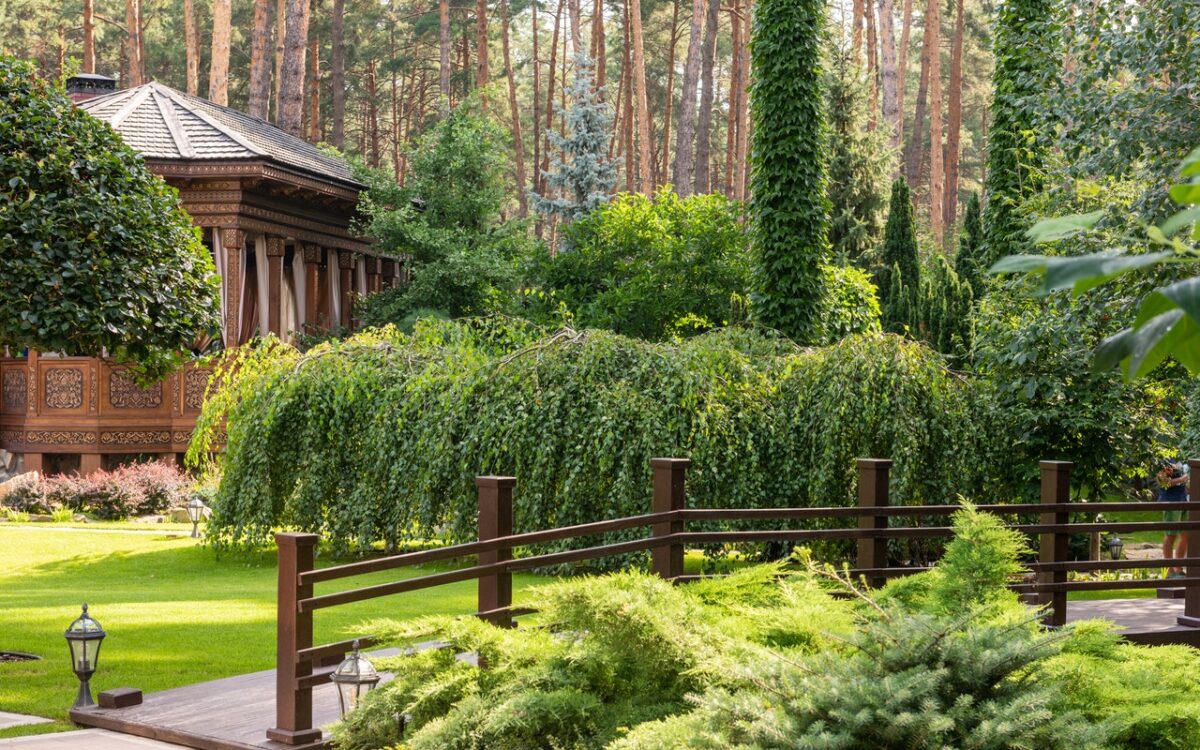 The Japanese garden appears so calm, so removed from its origins as a heart-racing, chance-taking, Google-fueled labor of amateur love.

Its creators, Marlon Reynosa and Maureen Reynosa-Braak, are proof that you don’t have to know all the Latin names if you have enough enthusiasm.

“People walking by always ask, ‘Did you go to school to learn this?’ ” Reynosa-Braak said of the artful mix of greenery, textures and shapes in their front yard, riven by a white path that runs through the plants like a ray of moonlight.

Reynosa smiled and shrugged: “You don’t have to be an expert to do something you like.”

He’s not entranced by technology, but “Thank god for Google, ” he added. Online searching has helped the couple research plant varieties, source materials and envision garden designs. Most crucially, it enabled Reynosa-Braak to nurse their trio of Hindu-Pan pines back to health after a tough winter took its toll.

The carefully pruned trees look like giant bonsai, if that’s not a contradiction in terms. Each appears to hover on a slight rise, yet they anchor the garden, which encompasses every inch of the yard, from front stoop to curb.

The couple moved into Minneapolis’ Longfellow neighborhood 12 years ago, loving the classic bones of their house, but knowing that the yard would be a challenge.

“The front yard was all crappy grass and this sort of ‘Blair Witch’ crabapple tree that was poorly pruned to keep squirrels off the roof, ” Reynosa-Braak said.

Yet they first devoted their attention to the backyard, which was even more daunting, full of river rock that once had supported an aboveground swimming pool “and weeds to our knees.” The couple hired a friend to excavate the rock, then began doing what they had never done before: plant stuff.

“Now we’re addicted to gardening, which is a big problem, ” Reynosa said, laughing.

“Marlon jokes that he can see my heart rate increase when we approach the garden center, ” Reynosa-Braak said. Usually, that garden center is Gertens in Inver Grove Heights.

They learned, with the help of staffers and a willingness to experiment. A privacy hedge to disguise the chain-link fence isn’t a homogenous stretch of lilacs, but a half-dozen different shrubs, such as viburnums and willows. The mix draws attention to itself, in a good way.

Determined not to have a blade of grass in sight, Reynosa began laying a flagstone path in a tightly spaced mosaic, with each stone cut to fit. As they were more or less making this up as they went along, there were some conflicting visions.

“We’d argue in Spanish so no one would know what we were arguing about, ” joked Reynosa, who grew up in Guatemala. Reynosa-Braak has roots in Iowa.

Today, the backyard is lush with shade plants, and a space is set aside for a future pond. “I close my eyes and I think I’m in Guatemala, ” Reynosa said.

A potted dieffenbachia with long variegated leaves was a favorite of Reynosa’s mother, who died last year.

“What did she call it? The leaf of luck, ” he said. “She said the leaves look like they are knives, so wherever there is bad luck, they will cut it out. She would put leaves on the dinner table. We bring it in over the winter, trying to keep it healthy. I see it and feel like she is here, too.”

Reynosa-Braak cannot recall what inspired them to create a Japanese garden, only that she painted a watercolor depiction of what such a garden could be, and there was no looking back.