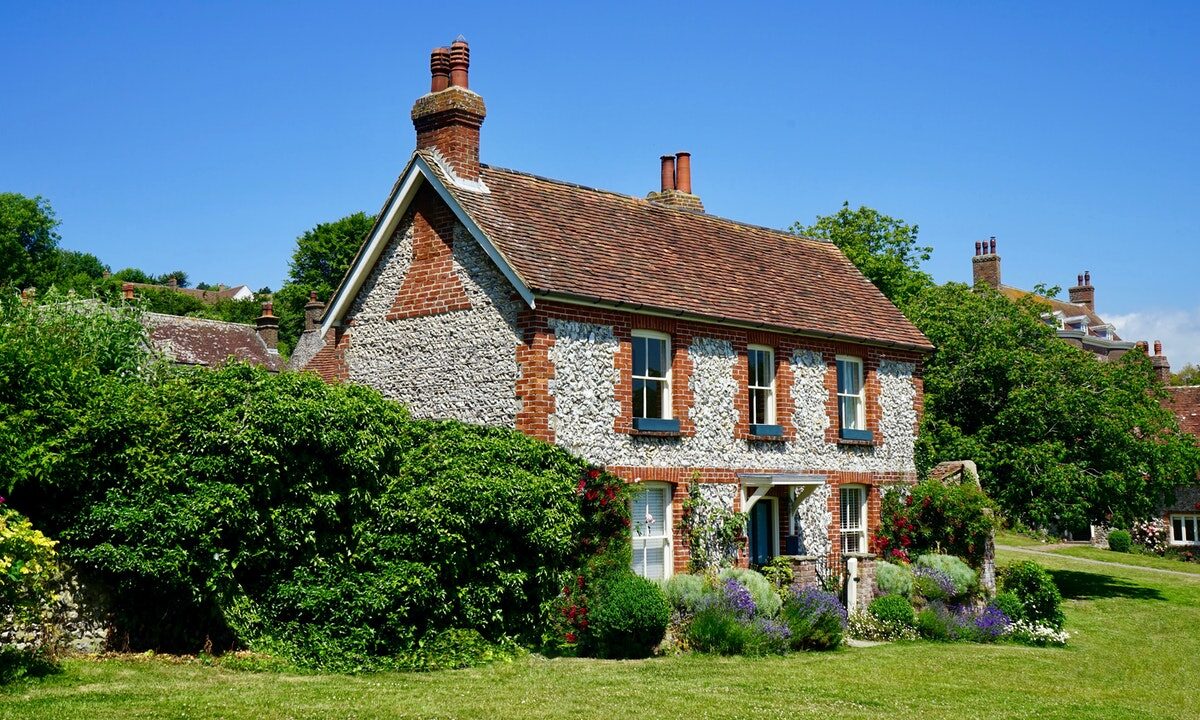 Upon arriving at the entrance of this residence, you are met with the unsightly view of electrical controls of the next-door neighbor’s gate. On the opposite side of the driveway, a woodland, although promising, was filled with briars and poison ivy. In the shaded front-yard bed, sun-loving plants had died and those left were not thriving in soil that had become worn and thin. The owners want a design using shade-loving plants to give a fresh look to a shade bed in the front yard. They craved a woodland wildflower walk that would provide nectar for the bees they keep. And they had to do SOMETHING about the neighbor’s exposed electrical controls at their entrance.

On both ends of the hedge, curving toward the driveway, drifts of six red stemmed dogwood, Cornus sericea ‘Arctic Fire’ (zones 2-7), were planted for winter interest. To provide color during the summer and to provide nectar for bees, five butterfly bushes (Buddleia davidii ‘Black Knight’ zones 5-9) were spaced five feet apart, in front of the holly hedge. For foliage color, a skirt of 13 Abelia ‘Kaleidoscope’ (zones 5-9), a compact variegated shrub whose colors change through the seasons, completed the bee-friendly planting. Now guests feel welcomed when entering this landscape.

Tucked back 25’ from the path, Cornus kousa (zones 5-8) and Cornus florida (zones 6-9) dogwoods have been staggered along its length for texture and color. Shrubs that will tolerate some shade — like oak leaf hydrangea (Hydrangea quercifolia zones 5-9), willowleaf cotoneaster (Cotoneaster salicifolius zones 6-7), leatherleaf mahonia (Mahonia bealii zones 4-8), and various rhodendron cultivars(zones 4-8) — have been planted in drifts of five to seven along the path.